The #coronavirus #pandemic is teaching many people now the importance of #finance. However, as I argued in my 2013 book The Necessity of Finance, learning finance is not an option, it is a necessity. Not just in times of crisis, but ALWAYS! The finance button should always be on.

In these challenging times, it is important to recognize the value of companionship; which was listed in The Survival of the Richest book as a secondary physical immediate survival essential (Criniti, 2016, p. 101). So many survivors of great tragedies in history have ranked loneliness as their top issue along with hunger and thirst. To be happy, we need people like we need air. This will also be the great lesson for the world of this current major event. 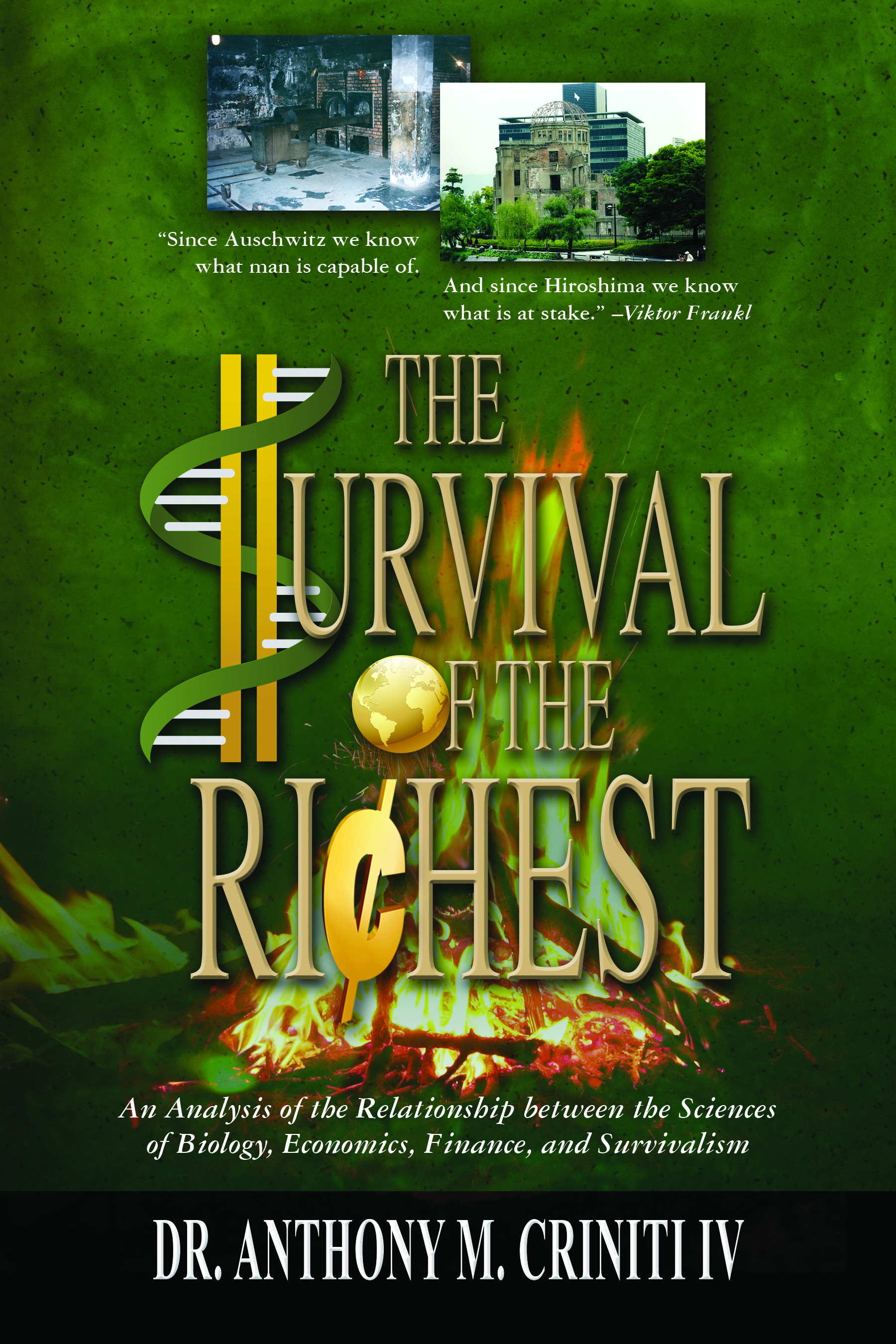 For those of you who are interested in finance and have a Goodreads account, please feel free to join the finance group called Dr. Finance’s Finance Group at https://www.goodreads.com/group/show/1041768-dr-finance-s-finance-group

PHILADELPHIA – In “The Necessity of Finance,” Dr. Anthony M. Criniti IV taught that learning the science of finance is necessary for individuals, groups, and organizations to survive. Survival’s role was clearly mentioned there, but a major question was left unanswered: What is more important than learning how to survive? Over the years, he realized that if he truly wanted to better understand the necessity of economics and finance, then first he must thoroughly understand the necessity of survivalism. With unprecedented determination, Dr. Criniti sets out in “The Survival of the Richest” (ISBN 098845954X) to argue that wealth has always been the true link between survival and prosperity.

Dr. Criniti began his quest to find the answer to a simple question, but was forced to detour through various related subjects, such as biology, genocide, and the martial sciences. His difficult journey led him to confront some of life’s most important questions. What is life and death? What role does the struggle play in survival? Why survive? Some serious questions about the human race also needed to be addressed. What are we capable of? Who are we?

Readers will be engaged in the most comprehensive overview of the science of survival and will find explanations for this book’s disturbing scientific conclusions. Some examples of these conclusions include, but are not limited to, that the goals of economics and finance are interrelated with the survival goals of economic and financial entities; that finance is the precursor to economics; that being wealthier increases your probability of continuously surviving and prospering by providing you the greatest options to obtaining survival essentials; that wealthier entities have the option to help other economic or financial entities (including nonhuman ones) survive and prosper, particularly through the concepts of the survival and the prosperity by a third party; that the management of money, and the technology that it can buy, is an advanced, necessary stage in the process of evolution—that is, the evolution of evolution; that the survival of the richest is a more accurate concept than the survival of the fittest; and that all humanity should have the united goal of maximizing our wealth for our survival on this planet and beyond.

“It is important to remember though that just like individuals, groups, and nations, in general, if the inhabitants of a wealthy planet like Earth decide not to continue to maximize wealth, then they automatically, by default, choose to increase Earth’s chances of moving in the direction of the edge of survival, and ultimately, closer to death,” says Dr. Criniti. “As demonstrated earlier, more wealth provides more options for the wealthiest entities to survive better; it does not necessarily mean that those entities will choose the best options. If life on our planet is to continue to prosper, then we must exercise our options for better survival and do it together!”

“The Survival of the Richest” is available for sale online at Amazon.com and other channels.

Dr. Anthony M. Criniti IV is a former financial consultant and a current professor of finance at several universities. He earned a PhD in applied management and decision sciences with a concentration in finance. He also holds several prominent designations from The American College. A native of Philadelphia, Dr. Criniti is an active investor, an explorer, a financialist, a survivalist, and has traveled the world studying various aspects of finance. He is also the author of two acclaimed finance books: The Necessity of Finance and The Most Important Lessons in Economics and Finance. Finally, Dr. Criniti has just released his new book, The Survival of the Richest.

REVIEW COPIES AND INTERVIEWS MAY BE AVAILABLE UPON REQUEST